Blog - Latest News
You are here: Home1 / Mothership2 / Most in S’pore view China positively, contrary to other advanced... 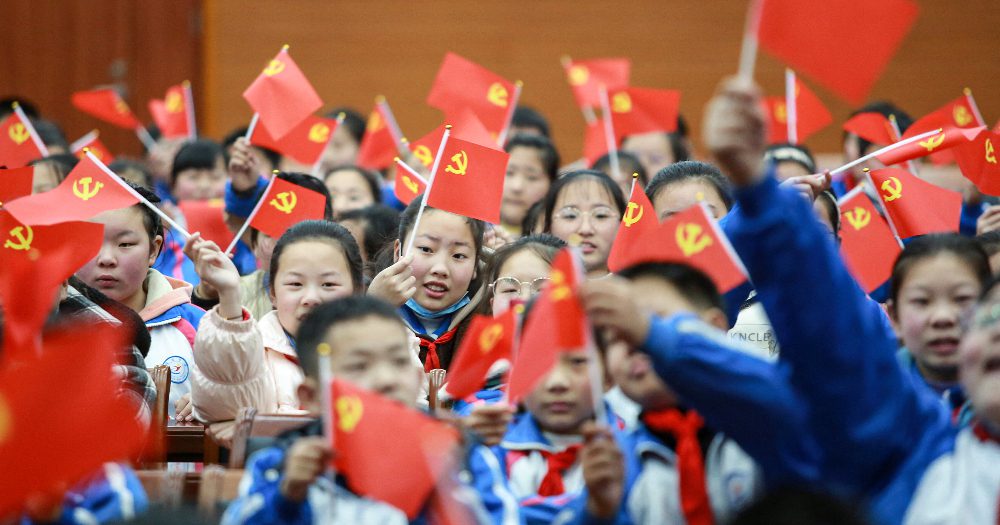 Out of 17 advanced economies surveyed, Singapore is the only place where more people have a positive view of China as compared to the U.S.

This is in spite of most populations holding a negative view of China, with a median of only 27 per cent viewing China more favourably than the U.S.

The survey, conducted by Washington D.C.-based think tank Pew Research Center, polled around 19,000 respondents from democracies in the Asia-Pacific, North America and Europe.

In total, 1,124 Singaporean adults were asked about their views over the phone in English, Malay or Mandarin over the months of March and April this year, according to The Straits Times.

Singapore only advanced economy surveyed with a more positive view of China than the U.S.

Results of the survey have revealed that 64 per cent of respondents in the city-state have a more favourable view of China than the U.S., as compared to 51 per cent who indicated the opposite.

Greece is the only other country where more than half of its respondents (52 per cent) said they view China favourably.

Singapore is also the place where the least number of respondents (34 per cent) say they have an unfavourable view of China, as compared to other advanced economies, where large majorities view China negatively in general.

For instance, an overwhelming number of respondents from Japan (88 per cent), Australia (78 per cent), South Korea (77 per cent) and Taiwan (69 per cent) indicated an unfavourable view of China.

Singapore is also the place where most respondents hold a positive view towards China’s handling of the pandemic, with more than three-quarters praising China for doing a good job with the control of the outbreak.

Only 23 per cent of respondents think the Chinese government has done a bad job with the outbreak.

More people in Singapore think economic ties with China as important as with the U.S.

Similarly, respondents from most of the advanced economies surveyed prefer stronger economic ties with the U.S. over China, with the percentage growing from last year in Australia, Japan and South Korea.

Singapore, however, stood out for having more respondents who think it’s more important to have strong economic relations with China than with the U.S. (49 per cent versus 33 per cent).

Results in New Zealand came close to Singapore’s, with 44 per cent of respondents expressing this view, as compared to 45 per cent who deem economic ties with the U.S. as more important.

A majority in Singapore (55 per cent) also prioritise strengthening economic relations with China over the promotion of human rights, along with South Korea (57 per cent).

In addition, the report pointed out that respondents in Singapore who identify as ethnic Chinese tend to prioritise economic ties with China over the U.S., and have more favourable views towards China (72 per cent), as compared to ethnic Malays (45 per cent) or Indians (52 per cent).

Singaporeans who identify as ethnic Chinese are also more likely to prioritise bilateral relations with China over the U.S. (57 per cent), as compared to ethnic Malays (35 per cent) or Indians (22 per cent).

When it comes to the perception of human rights in China, majorities in all the advanced economies surveyed agree that the Chinese government disregard its people’s personal freedoms, including Singapore.

However, Singapore stood out as the place where fewest hold this view, with 35 per cent of respondents saying the Chinese state respects its people’s freedoms, as compared to a significantly lower number of people who hold this view in other places.

Ethnic identities play a difference here as well, with a majority of ethnic Chinese Singaporeans prioritising economic ties with China over promoting human rights (59 per cent), as compared to ethnic Malays (45 per cent) and Indians (45 per cent).

The survey further revealed that 69 per cent of respondents in Singapore with a postsecondary degree or above think the Chinese government disregards personal freedoms of its people, as compared to 51 per cent of those with a lower level of education.

It also pointed out that it was the younger people who hold a more critical view of China, similar to the pattern in Taiwan.

Furthermore, a majority of respondents in Singapore (70 per cent) hold confidence towards Chinese President Xi Jinping to “do the right thing regarding world affairs”.

This differs vastly from the attitudes of respondents in other Asia-Pacific places, such as Taiwan (25 per cent), South Korea (15 per cent) and Japan (10 per cent).

However, the same number of respondents indicated the same for U.S. President Joe Biden as well, with 70 per cent saying they have confidence that he will do the right thing regarding world affairs.

Many NTU students fail to secure accommodation as hall rooms reserved for Covid-19...
Scroll to top